← more from
Altar Records
Get fresh music recommendations delivered to your inbox every Friday.
We've updated our Terms of Use. You can review the changes here. 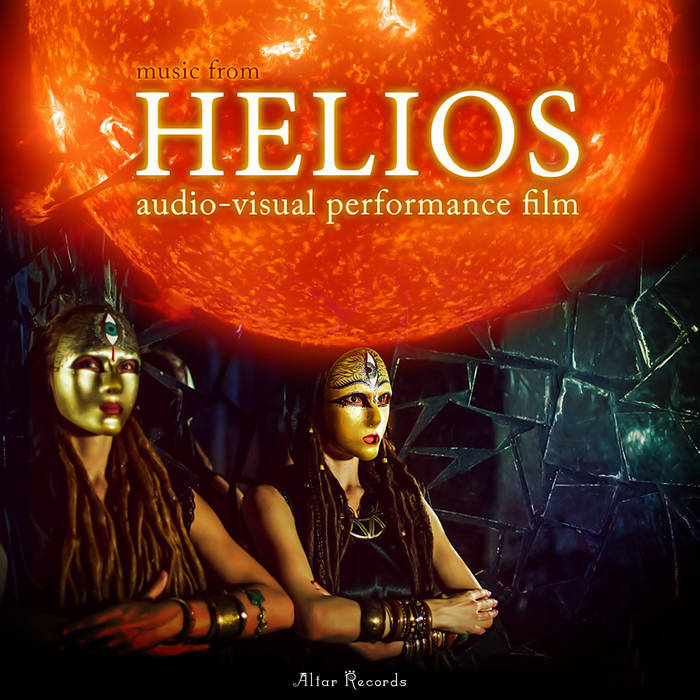 
There’s something timeless about the marriage of music and images, with no dialogue. Following in the inspiring footsteps of films such as "Baraka", "Atlas Dei" and "Ashes & Snow", for the last decade Nick Klimenko (aka Chronos) has been carefully curating and combining unique footage in preparation for a similar project. Now at last the results can be seen as video-clips, photos, computer graphics, dance performances and live acts are all woven together to accompany the wonderful ambient music from Altar Record’s "Helios" album ( altar.bandcamp.com/album/helios-24bits ) - reworked & remastered into a stunning cinematic experience.


Get ready to immerse yourself in the beauty of nature, intriguing dance forms, ethnic cultures, hypnotic sand drawings, the far reaches of deep space and the miracles of modern technology -in a world that is our own, and yet far, far removed from the rush and chaos of everyday life.


Ten specially selected artists -unique in their talents- were chosen to team up and work on this project to create six complementary chapters. Themes range from the timelessness of Earth’s cultures and beauty, to the stark brilliance of outer space and beyond; from ancient mystic rituals from days gone by, to the primal forces of nature that continue to awe; and from spiritual practice and faith, to universal human feelings of love and devotion.


This engaging yet relaxing film is a gift, lovingly crafted and offered to the world at large via the internet, featuring the creative talents of the Chronos Project team and their ten years of outstanding artistic output.


The movie is available for viewing directly on Youtube ( www.youtube.com/watch?v=CYBzdCrC7RA ). As a bonus you’ll be getting the free digital release of "Music from Helios Film" in its entirety on Bandcamp (in the format of your choice). The release contains new versions of the worldwide supported Helios album - remixed and rearranged with extra drums tracks, live vocals, cello and guitar, all done in a tastefully cinematic way.

Alex Rita and Errol from Touching Bass feature in our special London edition of the Bandcamp Weekly.